Yacht Charters > South Pacific And Others

The South Pacific offers some of the most gorgeous and sheltered yachting grounds in the world. Discover a place unspoiled by modern times, where barrier reefs offer protection from a hectic world. Tradewinds scented with vanilla, orchid, and the enticing aroma of frangi pani fill the sails of your bareboat charter vessel. Dazzling reefs rich in exotic colors are beneath you as you drift your bareboat charter and luxury yacht charter through Bora Bora, Huahine, Raiatea, and the rest of Tahiti, sometimes referred to a French Polynesia.

The enchanting kingdom of Tonga is also a favorite South Pacific destination. There is a great selection of bareboat charter yachts for hire in Tonga - Vava'u, Hunga, Kapa, Euakafa, as well as the islands in French Polynesia Tahiti such as Bora Bora, and Raiatea.

There is no end to the exotic destinations available for charter bareboat vacations. Other sites include Bay of Islands and Auckland in New Zealand and the Seychelles, an archipelago 1000 miles off the coast of Africa in the Indian Ocean. For sailors residing in the United States, a nearby exotic destination well worth the trip is the rugged terrain of the Sea of Cortez in La Paz, Mexico.

Ahh, the amazing archipelago cays of the South Pacific, Bay of Islands, Seychelles, and the Sea of Cortez La Paz. So many films and television shows have been filmed in these islands, including many James Bond 007 movies and many others. With some of the clearest waters in the world, come explore our numerous South Pacific and exotic destination islands, some of which are uninhabited.

The South Pacific including French Polynesia, Tahiti, Tonga, Auckland and Bay of Islands, New Zealand, as well as other exotic charter destinations such as the Seychelles, and the Sea of Cortez La Paz, Mexico are a favorite bareboat charter and yacht charter destination for many. Sophisticated travelers rely on 1-800-BAREBOAT a division of SailAway Yacht Charters to supply them with the newest, fastest, largest, and most popular luxury yacht charters and bareboat charters and mega yacht charters in the South Pacific, Seychelles, Bay of Islands, and Sea of Cortez. SailAway Yacht Charters and 1-800-BAREBOAT has have the expertise to ensure the perfect vacation on the perfect yacht.

The South Pacific is so large and so diverse there are new, desirable yachting grounds being discovered all the time. SailAway Yacht Charters and 1-800-BAREBOAT have been operating charters in the Tahiti, Tonga, Bay of Islands, Seychelles, and the Sea of Cortez for several decades and will ensure you have the bareboat yacht charter you desire for the exotic yachting destination you want to visit. 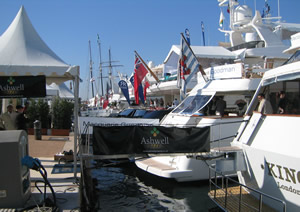